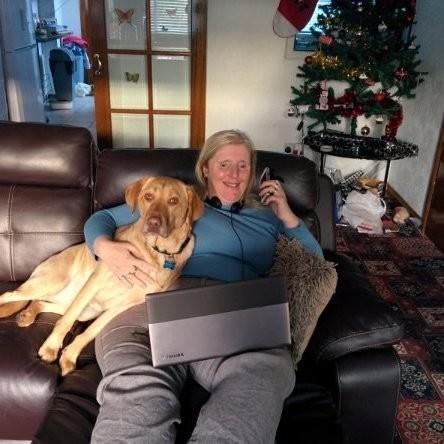 I had the privilege to work with Isabel (Lynn) Holdsworth an inspired, capable and amazing woman whose main blocker is how people viewed her.
Lynn requested a telephone interview which she passed with flying colours. It was the next week she rang our HR department and informed us that she was blind for the first time. She stated clearly she needed no support .Lynn worked at Omnisoft for some time, but she never really got the respect she deserved. It was after myself and Lynn had gotten closer through numerous car trips together that I realised what was missing. Lynn hadn’t had the forum to tell others just how she approached life.
Our town hall seemed like the stage. Lynn let our team into her world for the first time she played the code she had written at 5x the speed we would normally listen to voice. Lynn’s capacity for doing things in the alternative despite what most people would see as an impairment blew my mind.
Lynn first coined the phrase to me that Google was the “blind billionaire,” Google was seeing the world just how Lynn did via code, and it was that ability that let it ignore the trivial and focus on what mattered on a web platform.
#blindbillionaire #lifechanging # superpower