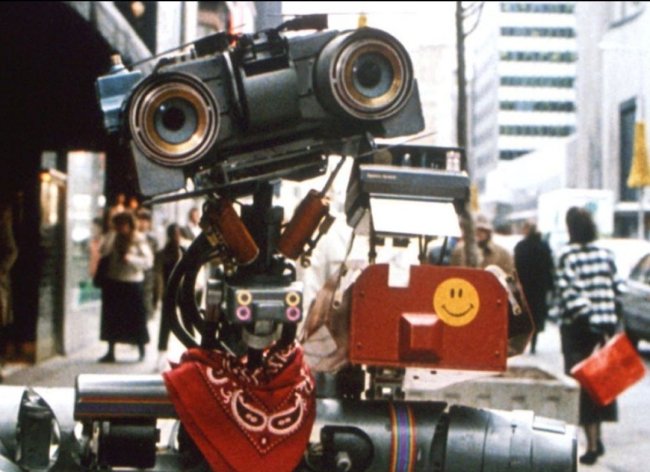 Anyone born in the 1980’s like me should remember Johnny 5 the lovable robot from that classic set of films “Short Circuit.” Johnny was a military robot but a freak electrical storm brought him to life and gave him a personality. He had certain problems like we all have and he also had many strengths.

Johnny 5 from short circuit taught us that we could not read books at the speed of a robot and yet previously we didn’t know that that was the bar to be set.

I remember in younger years pretending to read and in my mind copying Johnny’s famous phrase: “more input.” I would flick through books and imagine the facts going in.

I did this and yet it wasn’t like I was a poor performer I simply wanted to better myself and in my head Jonny was the best reader round.

I had many skills that I saw as valuable and as such my attention was very split.

With each separation of focus the less likely I was going to excel at anything. I knew early as we all do, that I wasn’t going to be a book a minute reader, a world beating musician, or even a world class tiddly winks player. The chances are in a world sense I would be mediocre in most things I did. Mediocrity of course scares us all, we crave to be special in some way, somehow.

What I came to learn was that I was going to be a strong generalist with specific strengths in specific areas, I also have glaring weaknesses. What I came to realise was that the way I tended to get things done was that I had a passion for an outcome and shared that with those more talented than I. I learned to work with the A Players those with world class talent and I learned to accept that “it takes two to tango,” so to speak.

I became but a spoke in a wheel, a team player rather than the stand out individual I had perhaps before my epiphany based on Johnny Five aspired to be.

I realised there where many people more talented than myself, people who really could change the world if only they got the hunger and motivation to do so, and as such I put all my efforts into becoming someone who could enable those people to reach their potential so that together we could change the world.

For me I knew that I knew nothing, and I realised this was strangely my greatest strength.

So the moral of this story: You may not have the pre-programming to be the worlds greatest tiddlywinks player, but often for a generalist excelling in one game or another is irrelevant.

Those of us who aren’t great, can indeed become great by becoming knowledgeable enough to grow to the level that we know we know nothing. To accept that not every question can be answered, that not every fight should be our fight.  That our myriad of talents between ourselves as individuals and our teams aren’t the ones that unlock the safe, or flip the counter.

For me and those like me we should be like Socrates. Become the gad fly of our eras  and when others question why? We need to question why not…