ARE THE MISFITS THE ONES BRING AUTHENTIC CREATIVITY TO THE WORLD? 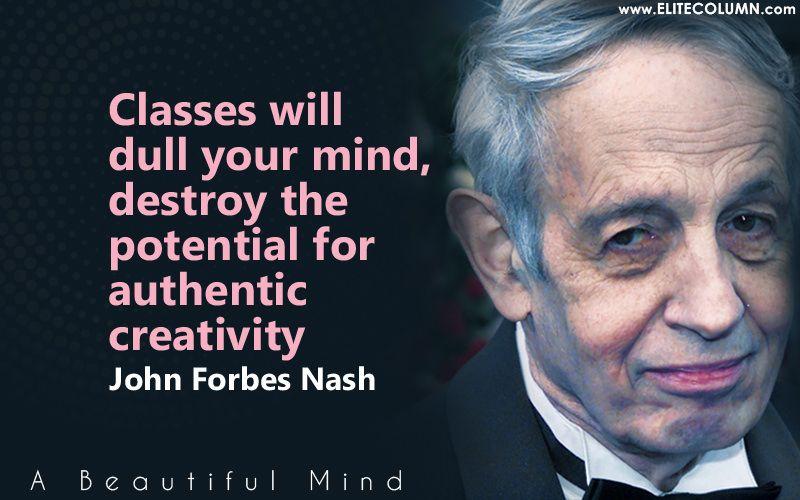 DO YOU HAVE A BEAUTIFUL MIND? YET ARE TOUCHED BY MADNESS? CAN YOU BE THE CHANGE?

John Nash the subject of the film “A Beautiful Mind,” was touched by both genius and madness. Confidence is often part of the course for those with a clear path to change in their hearts.

For those born to such a life, there are both upsides and downsides. Without control the world is dark. By taking charge such individuals can change the reality of the world around them, bending it to their will and redefining the nature of existence.

The young genius of today is bombarded by social technology, and would no doubt be medicated from a young age. They are labeled, sidelined and studied as a public curiosity.

Autistic, ADHD, Manic Depressive, Delusional could all label the young genius might get and yet rather than be labeled Nash battled through to become the change in the world he would become through his contributions to Game Theory

Don’t accept your label. Harness it and grow to overcome the criticism. Be your own medicine. Define your own neurology.