DARWIN WROTE THE ORIGIN OF SPECIES TURNING THE WORLD UPSIDE DOWN 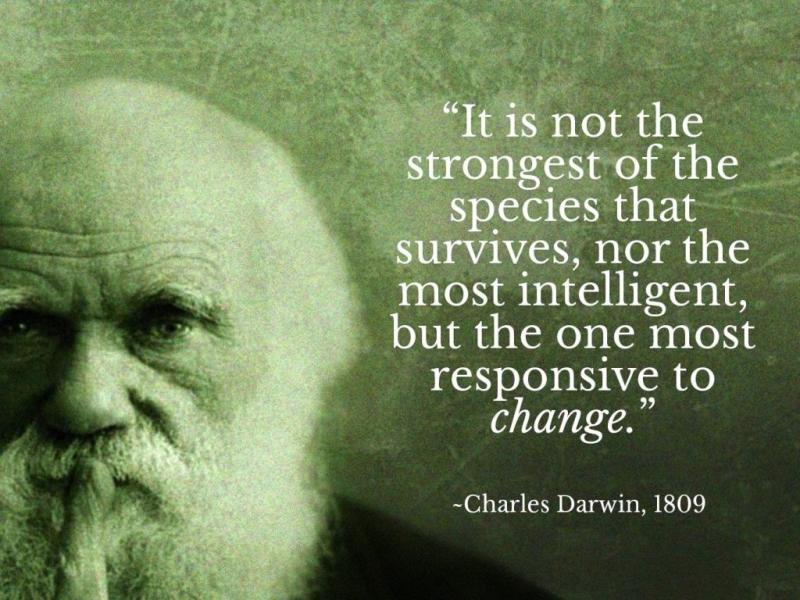 WHAT WILL YOU DO WITH THE LIFE YOU HAVE BEEN GIVEN?

Charles Darwin published the origin of species in 1859. In doing so he changed his own world, his family life and the life of his peers.

His observations on the world around him transformed how we think about life itself. Troubled and humbled by his findings he was ever questioning of his own theories up until his own death.

Theories now considered the bedrock of modern thought on evolution came directly from a lifetime of observations of microevolution including his famous finches. Ideas conceptualized and interpreted by a man surrounded by a strong belief in god. Focused on observation he maintained he had disrupted how life worked and didn’t dwell on how “god” may have developed it.

Perhaps the lesson of Darwin is his relentless pursuit to observe the patterns he found. His conviction to observe, and painstakingly criticize his own approaches and findings before publishing his works is perhaps what it takes to disrupt views held for millennia. He changed the very nature of how we view the human race and life itself!