DO YOU KNOW YOURSELF? 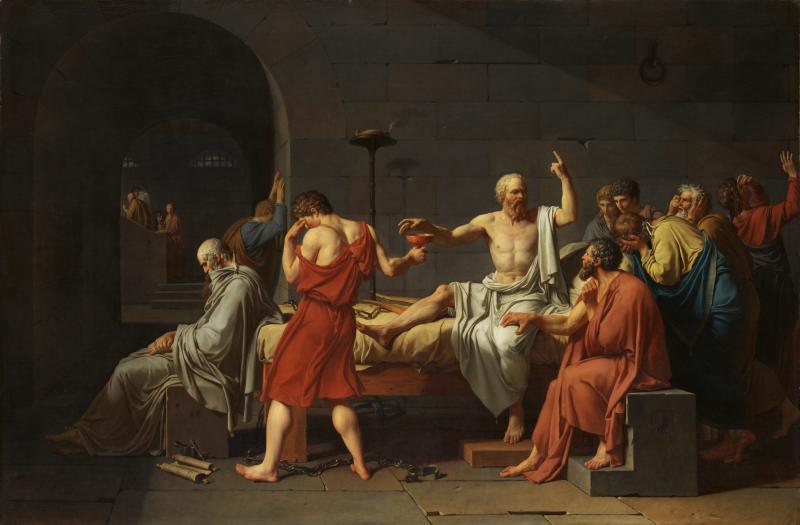 DO YOU HAVE THE COURAGE OF YOUR CONVICTIONS?

COULD SOCRATES HELP THE MASSES UNDERSTAND WHO THEY ARE?

Depicted as he prepares to drink Hemlock thus committing suicide. His followers weeping at the thought. The famous painting by Jacques-Louis David for me gives a sense of the power of human conviction and self awareness. A man who could go free if he would give up on his convictions chose not to. For a largely secular world purpose can be difficult to discern. Could Socrates who predates Christ by over 400 years perhaps offer the chance for those disconnected from religion today to gain an additional sense of purpose? He wrote nothing down. What we know about him from his followers and critics unearths a fascinating character focused on being the gadfly of Athens. The man who challenged the status quo. #thinkdifferent #bethechange #disrupt #TheGadfly #Socrates #TheChange #AgentofChange #AgentsofChange