“LIFE IS A DNA SOFTWARE SYSTEM,” 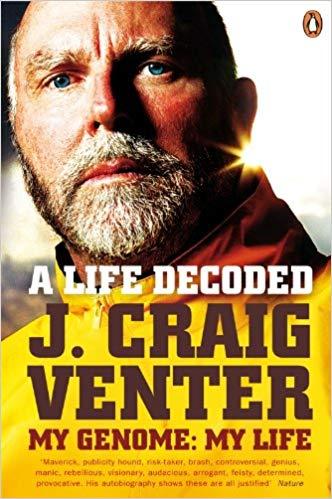 No it wasn’t Douglas Adams, it was Craig Venter!

His optimistic ambition to disrupt the world of genetics was born from a boy proud to get C’s and D’s back in school. Impacted by military service he entered biomedical sciences.

He completed his work using his shotgun sequencing technique before the Human Genome Project was finished. He caused controversy by trying to patent the very genes in our bodies.

He has disrupted the world many times over before many non geneticists have even been aware of his existance as the first man to sequence his own genome.

Famously Egotistical Venter perhaps has every right to be. He has pioneered, and gained funding for massive genetic sequencing projects, synthetic life and the processing of sequences so that alien life could be recreated here on earth.

The Human Longevity Institute (HLI) began a journey to enable us as humans to live forever. To cure aging so that we could lead long and healthy lives.

The next time you think you have an idea no one has thought of going back to the drawing board as even if his projects are perhaps over-ambitious when considered by most of us they are breathtaking and disruptive in the extreme.