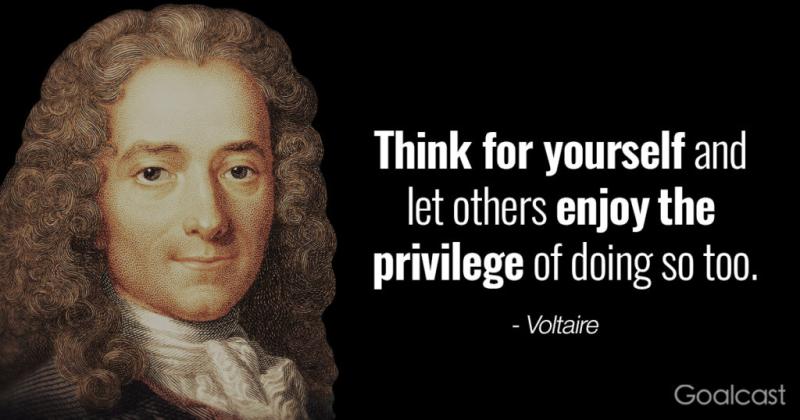 Voltaire lived a dramatic and different life. The historian of his time, and much much more.

His histories of Europe, in particular, enjoy energy and drama that even on translation is unique. The quirky character that involved him changing his very name is a testament to his sense of true personal freedom.

Voltaire in a day when it would be frowned upon was a vegetarian focused on protecting living things. He read widely on the Veda (Hinduism) and praised Hinduism in particular as a peaceful religion. He also read the Quran (Islam) and Confucius. Not content to stick to the “classics,” his hunger for truth and knowledge knew little bounds.

For many, the gift of wealth would bring with it a sense of entitlement and ego. The wealthy generally enjoy the trappings of wealth and covet more. For Voltaire wealth brought an opportunity to defend the right of free speech. Dieing an elderly man his influence on Rosseau his student and later thinkers was profound.

Perhaps best known for his focus on defending free speech. That we might judge our nations by our right to criticize them, the central dogma of western democratic thought, is thinking unapologetically his.