WHAT IS YOUR GIFT? 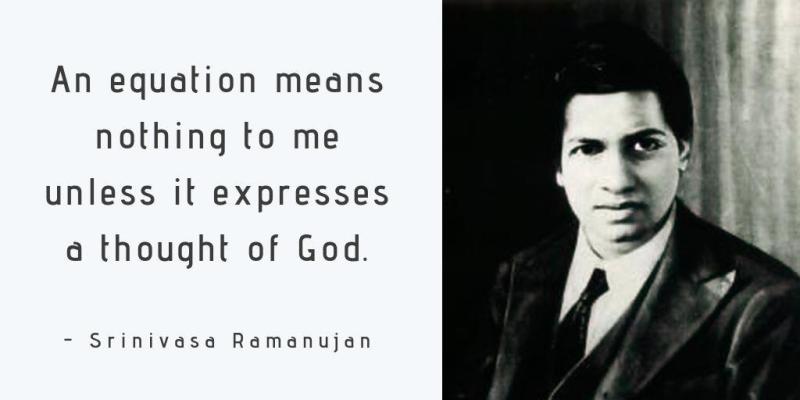 WHAT WOULD COMPEL YOU TO USE IT?

Srinivasa Ramanujan sent a profound letter to eminent mathematician Godfrey Harold Hardy that would change the future of mathematics and what it might stand for forever.

A man of no university education had in a single letter would soon disrupt the concept that no expression could be found which could accurately predict prime numbers on towards infinity.

Srinivasa was as a result of that letter invited to Cambridge and his notebooks and observations on number theory among other topics would become the stuff of legend.

A devout Hindu, Srinivasa held his belief in God as core. Despite persecution for the same he famously stated: “Sir, an equation has no meaning for me unless it expresses a thought of GOD.” In his case, his religious beliefs shaped every element of his approach to mathematics and to life. Stating his theorems would come to him in dreams and during his prayers.

Srinivasa died at 32 of TB and yet shaped in his short life the lives of those around him forever.