What I have learned about Venture Capital 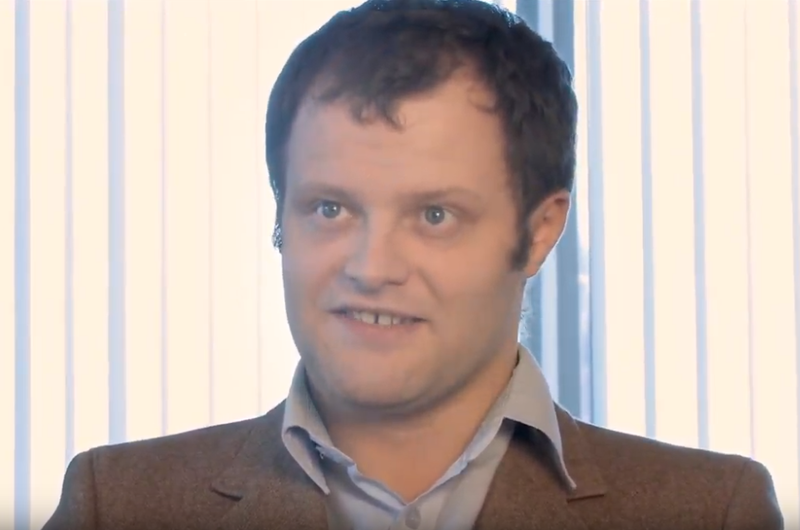 My top 5 tips for Nascent Founders looking to get capital.

This comes from cold hard experience gained from a personal experience in advance of starting The Change. Its all about finding people who share your values! Finding people that spot the flaws and support you through them.
I have seen the Good The Bad and the Ugly and I know that selecting the right VC
If you need capital and think you have a £1BN idea get in touch. We could be the right capital for you.
You may not heed these messages in practice. The truth is despite warnings I thought I knew better too! These things have to be said! This is my attempt to expose the worst of venture capital and what it means.

1. Sharks swim in the space. If you are scared of sharks don’t get in the water!
My Experience from the Investee Side is that there are a lot of sharks in the water and often the investees don’t really know what’s ahead for them.
Investees who don’t get multiple offers or who don’t reach out to enough sources of capital are often feel compelled to take capital from anyone who might offer it. As a result they take money and not “SMART,” money and because of that they can loose their shirt.
The less reliable the Venture Firms Fund the more likely they are to aim to attempt to take the founders shares. It shocked me when I downloaded a business plan from the internet and saw that taking founder shares was one of the instruments at the disposal of the Venture Capital Firm.

Don’t think an investment agreement or terms protect you. The other side of a bad deal its impossible to achieve the correct power balance.
Your there working on your dream, your project that is going to change the world. Your at a huge emotional disadvantage in negotiations. For these guys its just money and return.
I promise no matter how big or bold you feel before taking bad capital you will be left feeling very sorry for yourself afterwards.
My own opinion is better to take no funding at all than to take the wrong funding.
Remember there are other options! Sales Capital and Banks work for ideas that aren’t going to disappear any time soon. For most entrepreneurs there are other ways to skin the cat if you can’t find the right funding for you!

2. Angels and VCs don’t always mix
Having experienced this from the investee side of the table. Its often wrong to trust that people will continue to hold the same interests post investment.
You have to look at how the cards are stacked particularly for the workaholic founder. You can be off doing the business. Keeping it all together, keeping the dream alive.
When I was considering a second angel round or a venture round my Angels invariably wanted the VC round. It was a bigger money offer, with more shares but also I think they felt a professional VC would bring a rigour to the process. Something it certainly does in good measure.
The Venture Fund can be wining and dining your Initial Angels getting their support and forming new alliances. Its very hard not to fall out with people at an early stage unless you are as guile as a fox or extremely passive and accept whatever is said, even if it was to make your job harder.

Every Angel and Every VC Account Manager even if not from your space and not founders themselves will have words of wisdom on how you should do it. You need to be wise enough to take the advice that matters and discard that which doesn’t. All the while being tactful. For me that got too hard to bare when things had broken down. When people had been acting against me I called it.
The Truth is VC Account Managers and Angels are normally very different beasts. VC Account Managers are used to managing other peoples money. Its their job! Angels don’t manage other peoples money rather they manage their own.
It was a surprise to me how even if not grounded on fact that the majority of Angels support the VC position. They think the VC has had success if its had a few exits. They also believe that the VC knows the investment agreements even if they don’t or are basing arguments on terms negotiated out of your particular deal.
In my own experience I wonder what it would have been like to have got in the right VC, or to have taken an angel offer I had received against the wishes of my early stage funders.
Remember if your company is working its in everyone’s interests to take your shares. Its shocking but true and don’t forget money talks!

3. Founding Teams
You may have agreed terms with a Venture Fund and believe that pre selected sales person extraordinaire will be joining as per the agreed options and cap table. You may believe that that deal you did with that company and put into the data room will be respected. You may have been accepted on that world beating accelerator and want to visit. Make sure that they see value in the people who come to the party as shareholders or staff late the truth is once invested you will have a very hard time getting the VC out and your core staff in!
Particularly when you have created competition for your investment the VC may attempt to force you to sign a term sheet with their intention being to change or manipulate your strategy later.

Selecting co founders is critical. As an experienced founder I had made clear agreement with my “Co Founders,” I had agreements on shares in advance of meeting investors & I setup strategy workshops to understand each persons five year plan.
We all knew what we were supposed to get and give going in but even when crystal clear as per Sun Tzu the art of war “No plan survives contact with the enemy.” The truth is for a variety of reasons tactical, emotional and otherwise teams even strong at the start will fall apart.
Those people you know and trust particularly if inexperienced in corporate politics won’t always follow through on their planned articulation of your plans together. Make sure you find A Players to work with and make sure they are experienced ones at that.
That dream you believed you held together may in fact just be a transaction for the majority of a team and this company just a path to a new career.

Realise that even teams you trusted pre VC can become teams you don’t post VC. You need to test that the team you work with shares your values and has your back like you have theirs!
Equally if you are the wrong person for a particular job find someone to plug the hole and be fair in your appropriation of funding!

4. Governance
Your first board meeting sets the tone. Governance is as important to you as it is to the VC. You need a supportive board driven by actions that works towards the common goal of adding value to your bottom line.
The truth is most boards don’t work this way! People may have axes to grind, others may have vested interests in the board not working. Others may have interests in getting certain shareholders out of the picture.
Be aware that whoever holds the pen and takes the minutes at a meeting holds a lot of power. Also be aware you should never agree to minutes passively these are essentially the documents that set the companies present and in 1 years time will define its history. Where ever possible ensure your executive take minutes and circulate those for the wider board.

It will surprise you how much progress a value add board can drive out of your company so drive to add value at all times!
There shouldn’t be any passengers if you have board members who don’t add value then they should be removed. Meritocracy should rule and passive board members sway votes on key issues being easily manipulated into looking after personal interests over company interests.

5. Funding Happens in VC time not Investee time
Its not wise to need extra money from a VC. Its when you need capital that both you and most of your angels will get a raw deal. Plan effectively so you know how much you need in advance and make sure it comes in.
Term Sheets aren’t worth the paper they are written on as an Investee cash is king. For example a term sheet written in September to close by December may be run on to January, either by accident or if its in the VCs interest to put the investee on the back foot. I still remember that Christmas begging & borrowing money over the Christmas holidays to pay staff, after which the VC chose I shouldn’t get paid for the month as a starter lesson. That first lesson shaped how the relationship was to develop and there is no doubt that my hunch was correct even before taking the money that I had found the wrong people to take money from.

Pleading with co founders didn’t work they had already bought in, and needed to pay bills. It took me only a few months to see that the strategy of the business had diverged from the one I had laid out and as a result I was forced to resign.
Staying 8 months at the request of the VC so I would keep my shares, they took my shares anyway and a lengthy and costly court battle ensued.

The moral of the story:
Choosing the right capital might be the most important decision you ever make in your business! Don’t take it lightly!

If it goes wrong its not like a job not working out. Expect to take years to recover and to be haunted by the experience of failure. As an investee you are fair game for all around to blame. Ultimately in times of success an entrepreneur is hailed as gods gift to the world. In failure whatever the complication of the circumstances the entrepreneur is treated with contempt.

You’ll have lost everything! You’ll be licking wounds, You’ll have had your pride popped, You will have had that world changing dream busted and you’ll have damaged your mental health in the process. Its at times like these that The Change really come into their own. Our rehabilitation program for founders is an important step back to normality.

What to watch out for:
1. Don’t think the investment agreement will protect you in the event that your wanted out. They will find a way!
2. Don’t think VCs will stick to the strategy or business plan, they will become part of your business and try to force it down routes that satisfy their own aims, not necessarily yours.
3. Don’t expect to have any friends particularly in the event of a dispute where people want your shares
4. Know one thinks what happens to you will happen to them. Most people are blind to the fact that shareholding disputes are constructed purposefully.
5. Always work with A Players once invested the future course of your business is set and there is no turning back
6. Governance is as important for you as it is for any account manager at the VC!
7. Don’t count on the VC to bail you out without consequences. Its often in their interests to leave you to sweat longer after all you having no money is leverage to get more shares or better terms!

Be careful out there!

Let me know if you have a founder story you want to share. For good or for bad!